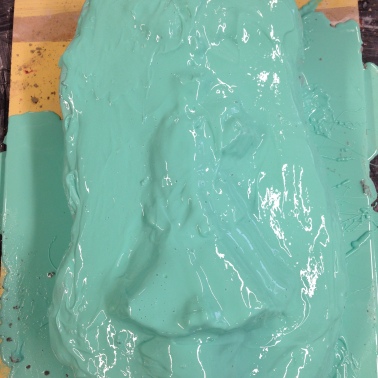 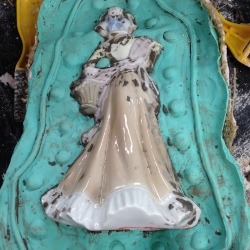 The mould is coming along slowly but surely! Been going into the studio each day I can to add more layers, wait for that silicone to dry (a thicker silicone this time with thixotropic added to it) and then adding another layer. The next layer being the plaster jacket which is used to hold the mould firmly in place made whilst making casts later on. Yesterday after the plaster had dried, I then flipped the mould, removed the clay, cleaned the excess clay and began preparation for the 2nd half of the mould. Vaseline was applied to the silicone to avoid the moulds sticking to each other and then the first thin layer of silcone I mixed was poured onto the mould. So I’m getting there! And the good news is that I’ve got the go head for the big idea, the degree show big idea, including these casts so more motivation to crack on!