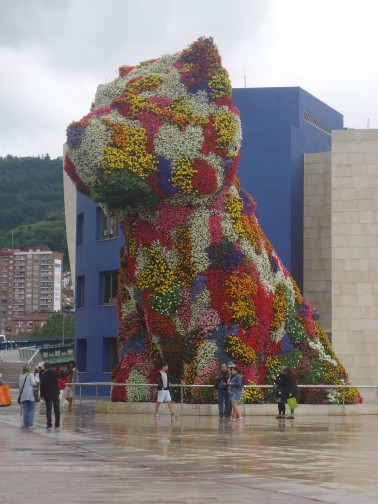 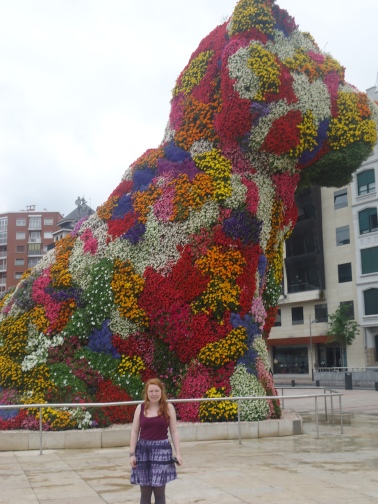 Following last weeks live lecture; I decided to get my very first tutorial with one of the guest speakers. The pair; Pil and Galia Kollectiv gave an enchanting talk about the capitalist world which we live; reiterating the comment: “We find it easier to imagine the end of the world than the end of capitalism.”- A rather interesting quote regarding my practice. I had a tutorial with Pil the following day. I found the experience really rewarding getting an outside perspective on my practice; which meant new references and new research.

Pil’s reactions to the piece; Aspiration Between the Classes, lead to an immediate discussion regarding the earlier work of Jeff Koons. I’d seen his work previously, even seeing his famous Puppy outside the Guggenheim in Bilbao (shown in the photo), but I’d never made the connection to my current practice. Pil showed me the particular works he was thinking of- Louis XIV and a really relevant article which he sourced for me: http://www.flashartonline.com/interno.php?pagina=articolo_det&id_art=348&det=ok&title=JEFF-KOONS In the article, Koons has a fascinating way of describing the objects which he casts as: “proletarian luxury?” A term which I feel really complements my practice! Pil explained that Koons casts these forms of kitsch objects with luxury materials. Therefore there is an element of transformation towards the objects. Since my experimentation with the figurines in magnolia paint, this is something I feel my practice has been missing. It seems this could be the right time to get back into casting! – Something which I really enjoy.

Pil was encouraging of the work, but felt I needed to be bolder with it. I’m on to something but there is something missing. I need to emphasize the irony I’m putting forward that these figurines are now involved in the art world. Make more fun of the art world and its customs. Pil mentioned that what I was touching on here was something that the pop art movement was suggesting- bringing popular culture into the art world. But like them the work is starting that discussion but then it is closing up to quickly for the audience. Pil encouraged me to find a way to critique not just the working class taste- but also critique the art world. 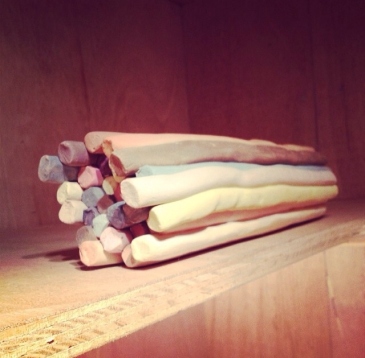 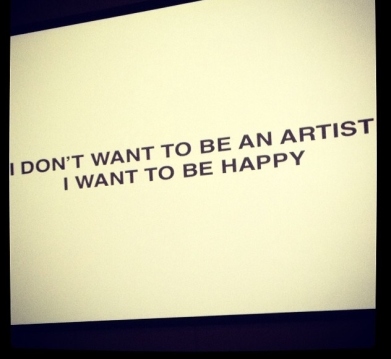 A couple of Thursday’s ago now on the 27th of February I had the great pleasure of hearing artist: Jo Addison, talk about her art practice. She spoke with remarkable truth about the obstacles she faces daily with the pressures that come with being a practising artist and the upset which this often causes her. Using the surprising quotation to begin her talk:  “I don’t want to be an artist, I want to be happy.” A statement which I found so appealing! She reflected upon her practice saying: “I have a crazy love of things.” Jo Addison is big into her objects and it’s the way she spoke about her use of objects that I really wanted to note here.

After hearing Addison talk about her work in this way I began thinking about my work as a language of objects. The figurines transferring a language of working class taste and the plinths a language of cultural middle class.