Carrying on that idea of painting more but painting small, I’ve started delicate watercolour paintings of my neighbouring houses. Inspired by the beautiful homes in Bristol I couldn’t resist drawing the city’s gorgeous architecture and adding those vibrant colours in watercolour. Using my artistic license I’ve added small details and extra colours to these paintings. As I continue painting in this style I’m gaining confidence and I can see the collection building. My phone is full of photographs of houses, so I’m definitely not short of inspiration! Everyday I find yet another house I can see as my next painting. I can already see them as prints too! #bringonSBA #SouthBankArtsTrail #Bristol You’ll be able to see them, and purchase originals as well as prints at Southville Community Centre, Bristol 12th & 13th of May!! See you there! 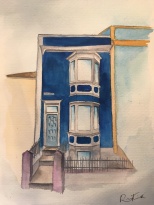 So here goes 2018! I’ve begun my new years resolution, I’ve started being an artist again, and I’m enjoying it! More small little paintings of Bristol’s houses to come… then as usually is the way, hopefully it will lead me onto something new! 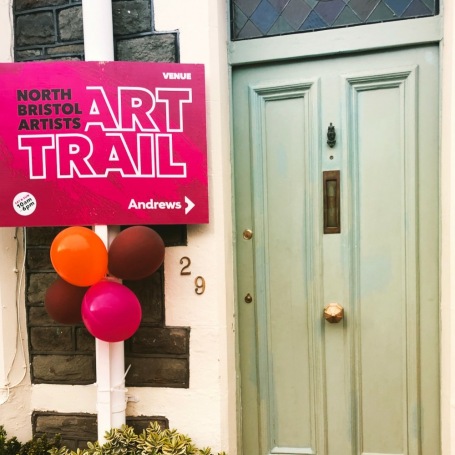 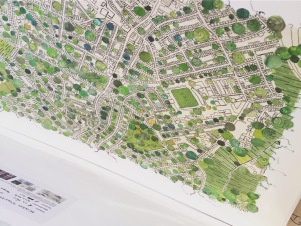 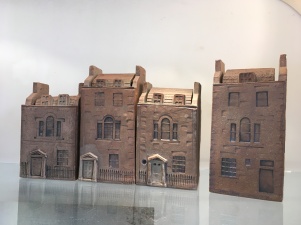 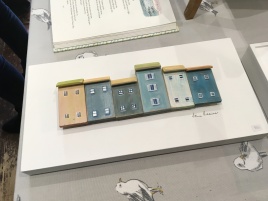 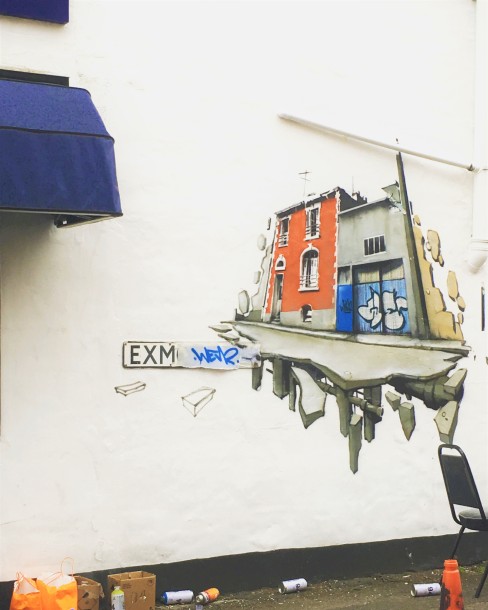 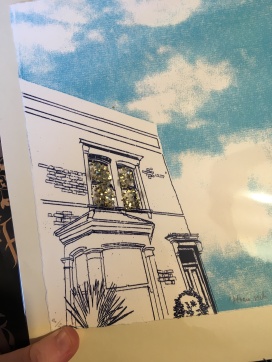 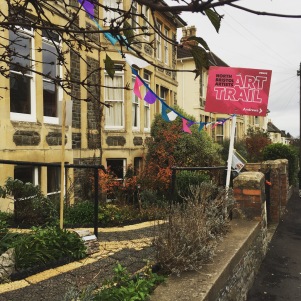 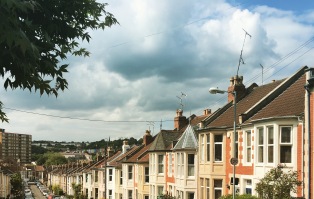 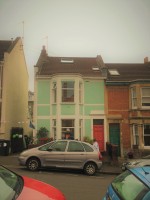 I might not have made much art, but I saw a lot during 2017! One of the things I love most about Bristol is the Art’s Trails. Throughout the city, on weekends throughout the year, suburbs in Bristol open up their doors and transform their homes into gallery spaces. I had the pleasure of being involved in Totterdown’s Art Trail in 2016, and since I’ve absolutely loved the idea! It combines two of my favourite things- houses and art. Not only is it a chance to nosy around other people’s homes but you get to see some amazing art too. I’ve been so inspired by the trails and I’ve been able to take so many photos of houses along the way too. Some of the house photographs are here plus some of my favourite artists from Southbank Arts Trail, Upfest, West Arts Trail, Totterdown and North Arts Trail.

Before I go onto talking about new works for this year, I just wanted to reflect on last year, show you some of the artworks produced by the amazing children I worked with. Working in four diverse schools across Bristol provided me with an amazing experience. Reflecting back on the year I learnt so much and picked up so many skills. It cemented my motive to teach and I know that teaching art is where I want to be. I want to take this opportunity to say a huge thank you to everyone I worked with and the children I (hopefully!) inspired. 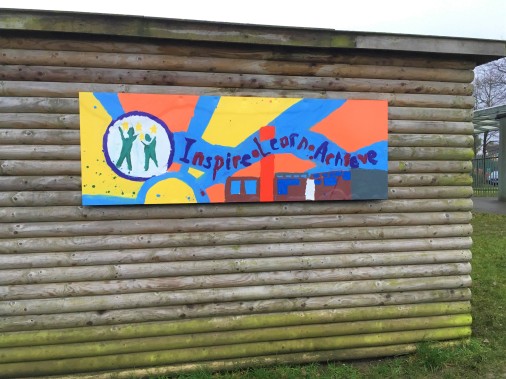 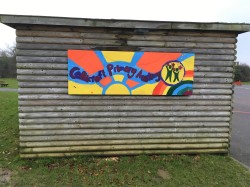 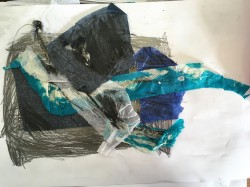 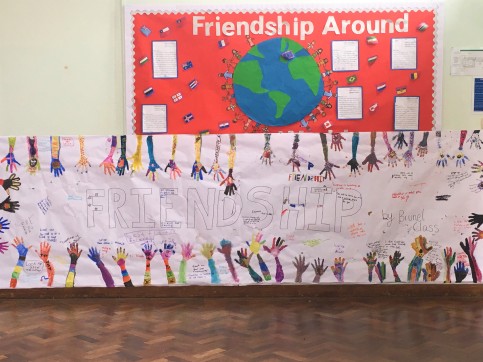 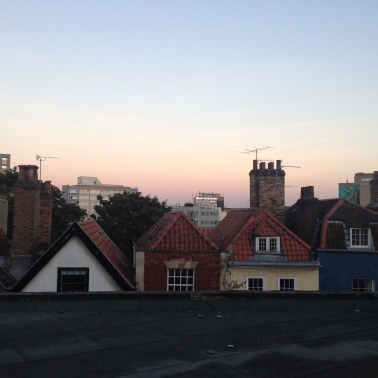 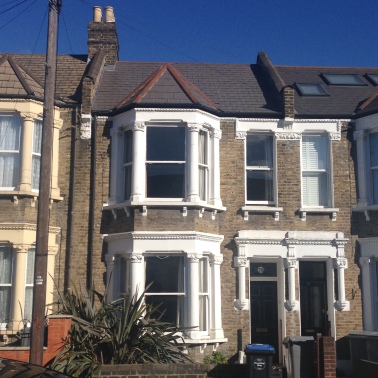 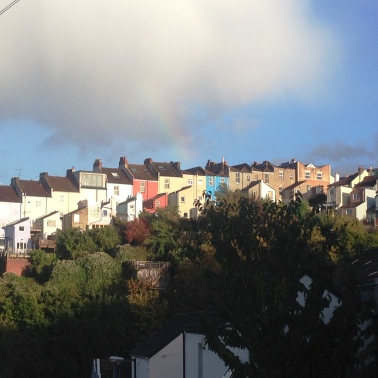 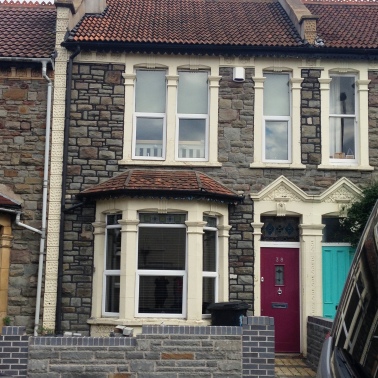 Since moving to Bristol, I’ve occasionally been going along to an evening called ‘Chat and Draw’. As it says on the tin, people meet up and draw. It’s upstairs in a pub, you grab a drink, draw and get to know people. Not only was it weird going along to something like that not knowing people but also I felt like I hadn’t drawn in ages either. So it was strange getting back into it. You can draw anything you like, so as predictable as I am I’ve been drawing houses! Eventually I hope these drawings will inform a new set of works similar to the painting Two Up, Two Down which was such a hit on the arts trail. Painted on cardboard and mounted on wood the images of ordinary houses. #newworks 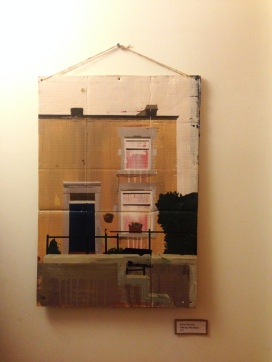 There is one thing I managed to squeeze in in-between teaching. In November I got involved in an event called the Totterdown Arts Trail. The weekend of the 19th/20th, me and my auntie-in-law opened up our home to the people of Totterdown and showcased our art work! What a feeling it was to open up our home like that and have people wander in and admire our artwork! I’d chose to exhibit in the hallway of our house, setting up The Great British Caravan along one wall and placing two older paintings (Two Up, Two Down and The Outhouse) on the others. As visitors came in and out they could also take a look at my cards just below the mirror. We had plenty of visitors and lots of kind words. It was lovely to speak to new people and hear their views of my work. It’s the first time I’ve put myself out there like that. I’ve had exhibitions before, but usually the work is left and you don’t hear the opinions of the people who see it. I wasn’t expecting to sell. I was proud to be showcasing myself in Bristol, proud that I had professional cards with my name and artwork on, (cards that had envelopes and cellophane wrap!) and after selling a few of those I was very happy.

However in the very last hour of the two day event, interest started to grow in my paintings! A lady walked in asking ‘where’s the lady who paints the caravans?’ I’d never been described as that before, word was spreading! She loved my paintings. She was about to buy a few cards, but I thought what the hell, I’ll ask her how much she’d be willing to pay. She ended up getting herself a bargain, she was so happy- saying she’d put it in her kitchen. I suppose it was good karma because minutes later another lady came in enquiring about the caravan painting with the E.U flag- and she was happy to pay full price! What a feeling! Just when I thought my day couldn’t get any better, a lady who I’d spoke to earlier came back wanting to buy one of my older paintings- Two Up, Two Down. She said ‘it was the most striking thing she’d seen on the whole arts trail!’ What a compliment! She paid full price and took it home to put somewhere everyone could see it. So in just an hour I’d sold three paintings! Some might I’m an artist. 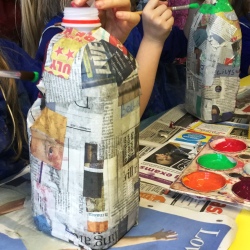 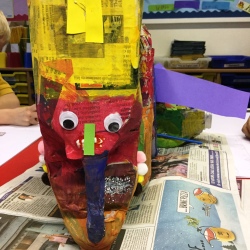 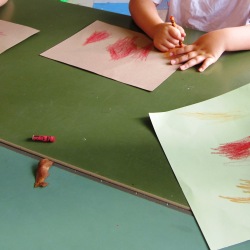 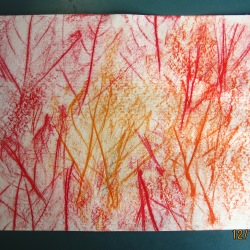 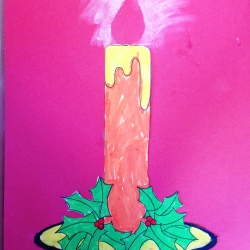 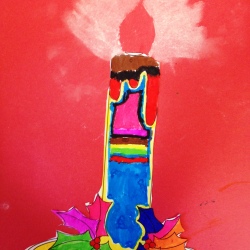 So what’s been keeping me so busy all this time? The reason it took me so long to update my blog was mostly due to how busy I am in my new job. I mentioned I had a few things up my sleeve for this year and this was one of the big ones! Relocating to Bristol in September I began this incredibly exciting job. I now teach primary school kids fun and engaging art lessons. I am an Art Specialist teacher, teaching alongside the curriculum throughout the academic year of 2016-17. Travelling to four different schools all over Bristol, can be quite a challenge- I have a lot of names to remember to say the least. I plan and independently lead what I hope are really creative lessons that the kids love. It’s a testing yet thoroughly enjoyable role- most of the time! But I do love it when a child comes over bursting with pride with what they have achieved that lesson. Or I see one of them in the corridor, they ask if they have art that afternoon- which they do, and they give me a huge smile and say YES! We’ve made some pretty cool things already, these are some of my favourites.

Really wanted to write because for the first time in ages I’m feeling positive! Mostly because of an uplifting conversation I had with a lady I’d never met before today! Get to that in a minute though. Over the last few days, I’ve been in Bristol with a lot of time to myself. I’ve been watching lots of home programs- one in particular Home Stories- I’ve learnt a lot about gentrification in London (Up and coming areas and the impact this has on house prices) and the consequences this has on the poor. I’ve been thinking a lot about the home and developing ideas that have been sprouting over the last month. Before Bristol I began my get up and go attitude by starting the wallpaper piece I had been going on about doing for months! I found an old piece of wood in the studio, hammered that into the wall in my studio space and began to make that studio space mine. I have brought in my table from home, placed my little ornamental house on it as a mascot and began to feel a bit more settled.

I’ve started the piece, only painted a tester tub of magnolia on there, put started it none the less. I am slightly worried about using this thin mdf wood because for this piece I intend to layer, layer upon layer of wallpaper over one another. I know from past experience that the wood will probably curve under the pressure. Ideally a plaster board would be my best bet- something to improve on. Layering the layers of wallpaper I hope to narrate the past histories of a fictional home. I want to make this piece as authentic as possible, having done a similar thing before I know the mistakes of not thinking everything through. https://rachelfenwick.wordpress.com/2012/03/08/layered-paintings-2/ (Strange to see how similar my wording is a year on from the previous post and I’m still having the same thoughts!)  I want the fake wall to be based on a living room- so only living room styles and the layers need to be in era order. So the fashions of the 70’s for example need to be before the fashion wallpaper of this era. Once the wallpapers have been layered up. I then intend to scrape into the piece to reveal “a hole in the wall” so to speak, revealing the layers of lives that have gone on in this fictional home. This piece is going to be very much an “on going” project. I have placed an ad on free cycle and already collected one free roll and then coming back to the lovely lady I met today- Lynn, I bought a real vintage wallpaper roll from her at Hopkinsons today. It is much harder and more expensive than I first anticipated but I think it will all be worth it! To increase authenticity I also have been thinking about the collection of dirt on the walls, smoke collecting and leaving frame marks- all things I’m thinking about! An interesting piece could be creating these forgotten frame marks. I think it would really emphasize the point of “a time gone by”.

Whilst I’m on a roll here about sharing my ideas. Reading George Perec’s- Life as a User’s Manual. One of his short stories quoted; “Soon the old flat will become a charming pied-a-terre, two recpt. + bedr., all mod. cons., open outlook, quiet. Gaspard Winckler is dead.” Although that might not make a lot of sense not read the whole story however the point here is that this man Gaspard Winckler died and he’d lived in that a house, had memories in that house. Then those memories are striped and the home becomes a sale, just a bunch of words that make the house sell-able. This notion was brought back to me as I spoke to someone really close to me about a relative who has passed away recently. The family have now began to remove his possessions and redecorate the house. It seems so sad to come in a gloss over those memories; wipe them away with a thick layer of magnolia. Just as when someone new moves into a home they want to put their stamp on the place eradicate the previous owners. I want to do a piece in response to this create a room setup only of magnolia furnishings, walls and coverings.